Are you ready for the adventure that lasts a lifetime? Well buckle in campers, this summer you get to spend it with Sunny Tribe District.
By Robert the Cat, written and directed by Patrick Mu'a
Presented by Metro Arts
Book now

Coarse Language, Please note a lockout period applies. Latecomers may be admitted at a suitable break in the performance.

I know your Mum promised you a trip to the happiest place on earth but what you got is pretty close. Well, located 300km away from the nearest human settlement and only accessible by two planes and a rickety canoe up a river known specifically for its dangerous wildlife close! Our camp counsellors are primed, prepped and ready to spread some positivi-tea and help you find your way back to happiness. Because happiness is what matters and here at Sunny Tribe District, we will stop at nothing to help you find your truest happiness self.

So what are you waiting for? Come on down and let’s get this party started.

Metro Arts' New Benner Theatre is wheelchair accessible. For tickets for patrons in a wheelchair, with accessibility needs and/or Companion Card holders, please call Metro Arts on 07 3002 7100 Monday to Friday, 9am - 5pm to enquire or make your booking. Please be aware there are limited number of wheelchair spaces available per show.

While masks are currently not mandated, they are still encouraged where socially distancing is not possible. Complimentary face masks are available at the Box Office. Find out more. If you are unwell, please refrain from attending events at Metro Arts and contact us at your earliest convenience.

If you have any questions, please contact Metro Arts.

Robert The Cat (RTC) is a theatre collective headed by directors Lisa O’Neill and Anatoly Frusin. For over two decades they have had the fortune of working with apprentice actors in their acting and performance program at TAFE Queensland, staging work marked by an emotional intensity, physicality and theatricality. The RTC collective has been established to take the work of these graduate actors to a broader public, and to showcase their work as performers and makers in challenging contemporary theatre.
Productions include Love & Information by Caryl Churchill (2019), Flat Out Like A Lizard by Norman Price (2020), and 2022 premiere of Sunny Tribe District written and directed by Patrick Mu’a.

Lisa O’Neill – Robert the Cat Director is a performing arts practitioner and educator working across mediums in dance, theatre, contemporary performance and new-media. She has developed a broad body of original performance works over the past three decades, presenting across Australia, United Kingdom, Europe, Asia, New Zealand and United States of America. A polymath of sorts, Lisa has presented digital art installations in the Forbidden City of Beijing, performed Off-Broadway in Australia’s longest running children’s show Fluff, danced at the Sydney Opera House on numerous occasions and acted in Shakespeare and Greek Tragedies in castles and ruins across Europe. For over two decades Lisa has directed the acting program at TAFE Queensland, maintaining a culture of practice that extends far beyond the student’s formal studies, with graduates invited to work on projects with the alumni theatre collective Robert The Cat.

Anatoly Frusin – Robert the Cat Director is a theatre director and acting teacher. Born in the Soviet Union and raised in New Zealand, he graduated from the University of Auckland with a Masters in English Literature, and continued his studies at the Drama Centre, University of Toronto. In 1996 he completed the Directing course at the National Institute of Dramatic Arts in Directing, and then worked as Neil Armfield’s assistant at Belvoir Street Theatre in Sydney and Opera Australia and other opera companies; as well as directing many independent productions. His collaborations with Polish based Kropka Theatre have been seen at festivals all over Europe and the Middle East, and have been widely awarded. He is currently a lecturer with the Bachelor of Acting, Drama and Performance at TAFE Queensland in partnership with the University of Canberra. He teaches Acting, Shakespeare, Theatre History and Directing, and directs student productions as well as working in the industry in theatre and cross-genre collaborative projects.

“Samoan/Australian artist Patrick Mu’a is a performer, choreographer and an upcoming director and writer in Meanjin. Graduated with a BA in Acting and Performance from TAFE Queensland in Partnership with University of Canberra, Patrick has developed a broad range of performance skills that he has applied to his own craft creating performances for theatre festivals such as Short + Sweet Theatre festival. One of his significant works is his show Sunny Tribe District which won Best Script Award, Best Theatre Production and People’s choice award at the S+S Theatre Festival Gala finals in 2018. Since graduating Patrick also worked as a choreographer and an avid member of the house of Alexander, Meanjin’s first ballroom house.
Credits Include: Bootcamp Royale 8 (2014), The Frogs (2014), O solo Mio 4 (2015), Mother Courage and her Children (2015), The Skriker (2016), Invention no.45.B volume 9, The Remix (2017), Marsden State High School Showcase (2014-2017), Terrafied (2018), Sunny Tribe District (2018), LuseExclusiveStyles fashion show (2018), Aunty’s Fiafia night (2021), Alexander Ball (2019-2021)

Tiahnee has always had a love for performing since her early years of childhood and is incredibly excited to perform in this comedic drama along with her fellow actors. Tiahnee received her Certificate III in Performing Arts and Bachelor of Acting and Performance from TAFE Queensland in partnership with University of Canberra, and has become much more in tune with herself and all the things she loves about the craft of performance throughout the years. She has worked alongside several of STD’s performers since graduating, which include The Wishing Well by Two Braids Collective, and Rocket No.9 by Lebeija Productions as part of Brisbane Sci-Fi Festival 2019. Tiahnee is thrilled to be back in the performance world again working beside Robert The Cat (RTC) and Metro Arts to put on a show that is guaranteed to have the audience cackling in their seats.

Darcy Jones is a driven and down to earth performer. He completed his Bachelor of Acting and Performance and Arts and Design (Honours) in 2017 from TAFE Queensland in partnership with University of Canberra. He completed his honors with a focus on audience role and theatre for the home. Since then he has performed in ensemble and self devised works. His recent performances include “Love and information” and “Flat out like a lizard” both at Metro Arts with Robert the Cat theater company. In November 2022 he will be producing and directing “Orphans” by Dennis Kelly at BackDock Arts.

Peter Wood is a proud Queer, Indonesian-Australian actor and performance-maker. He recently played Baby in AND SHE WOULD STAND LIKE THIS with Antipodes Theatre Company. Other credits include MAMMA MIA! (the show co.), ONCE ON THIS ISLAND (Altitude Theatre), LOVE AND INFORMATION (Robert the Cat/Metro Arts) and BOYS TASTE BETTER WITH NUTELLA (Backyard Theatre Collective). He recently choreographed TICK TICK BOOM which was nominated for Best Musical at the Matilda Awards in 2022. Peter aims to portray authentic queer and Asian-Australian characters in hopes to give voices to those like him.

Jedd Zachery is an actor and filmmaker from Brisbane having graduated from TAFE Queensland in partnership with University of Canberra with a Bachelor in Acting and Performance. He has also received a Diploma in Film & TV at JMC Academy. As a creative artist, he strives to positively affect his audience with performances that involve characters reflecting moral and ethical principles, as well as producing films that bring thought provoking questions to challenge societal standards. Jedd’s acting credits include Kilroy in Camino Real by Tennessee Williams (directed by Anatoly Frusin, TAFE Brisbane, 2019) and Tom in Earthquakes in London by Mike Bartlett (directed by Lisa O’Neill, TAFE Brisbane, 2020). 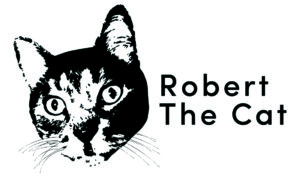 Your visit to Metro Arts

Learn how to make and develop inks from common household scraps and plants with local artist Carrie Radzevicius.
Find out more
Theatre

Our Blood Runs in the Street

A voice for the voiceless - verbatim text blends with physical theatre in this ode to human resilience.
Find out more
Film

WEFF '22 is bringing the best of Australian film shorts to West End.
Find out more
See the full program